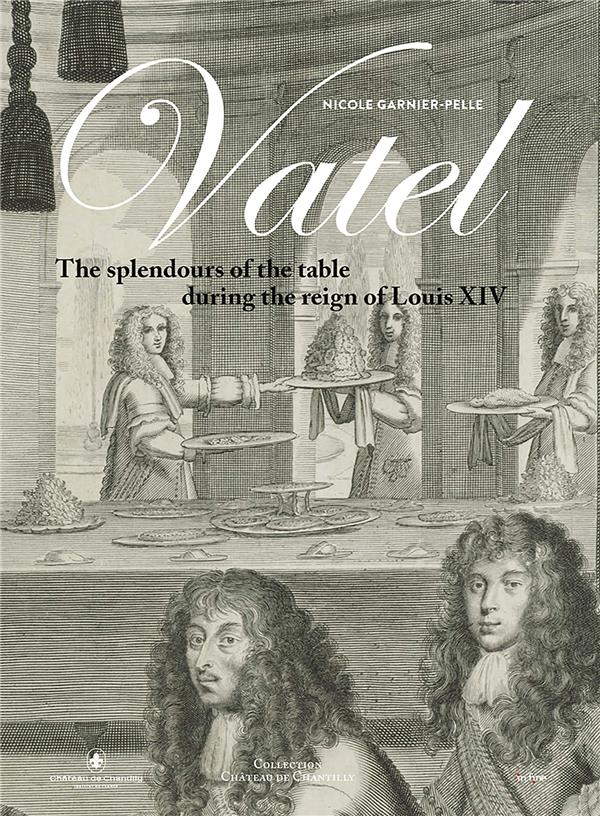 François Vatel, maître d'hôtel and right-hand man to two of the most powerful men in France, was responsible for organizing wonderful and sumptuous feasts and banquets for the court of King Louis XIV. The festivities at Vaux-le-Vicomte, 17 August 1661, were of such profligate opulence that they precipitated the fall of Nicolas Fouquet. In April 1671, Vatel was in the service of the Prince de Condé, and was charged with organizing the reception of Louis XIV and his court at the Château de Chantilly. Nearly two thousand people had to be accommodated, fed and entertained. And all this for a political motive: the restoration of royal trust in the Prince de Condé.

Vatel, sometimes described as a cook, and even, the inventor of the famous Chantilly whipped cream, devoted his life to this theatrical political backdrop. The publication of the present work this year, marking the 350th anniversary of the death of François Vatel, enables us to discover the man himself and the myth surrounding him, the festivities, and court receptions during the reign of Louis XIV; and how the art of the table à la française came into being.

FRANÇOIS VATEL, MAÎTRE D'HÔTEL.
Who was François Vatel?
Vatel, Fouquet's maître d'hôtel.
Vatel with the Prince de Condé.
The Royal Feast at Chantilly, 23 April 1671.
Other testimonies on the suicide of Vatel.

THE ART OF THE TABLE IN THE 17TH CENTURY.
The Birth of the Modern Table in The 17th Century.
Table Manners and French Table Service.
Wine.
Collations, Buffets, Impromptu Meals, and other Post-hunt Amusements.
The Personnel of the Princes of Condé.
The Vatel Myth, between Tradition and Legend.
Vatel Did Not Invent Chantilly Cream.