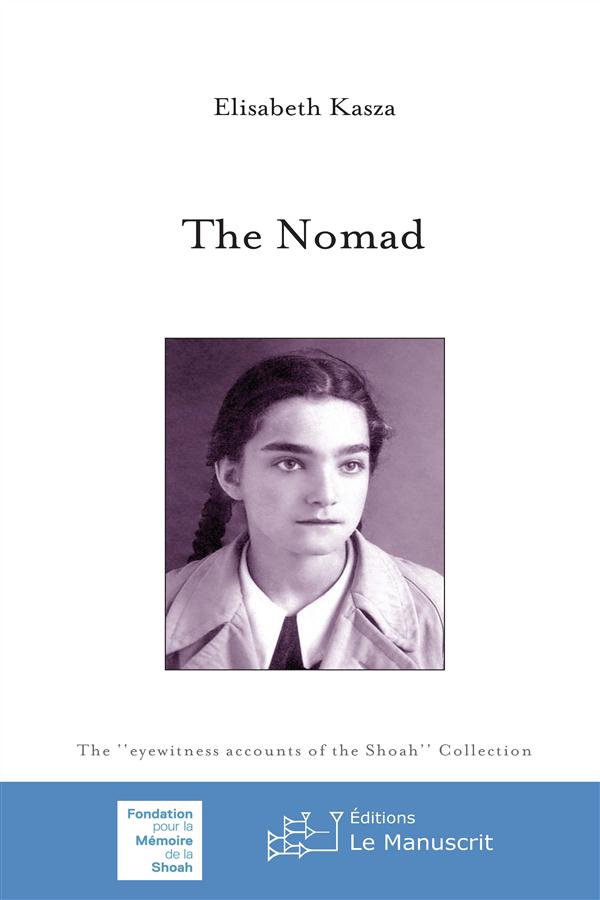 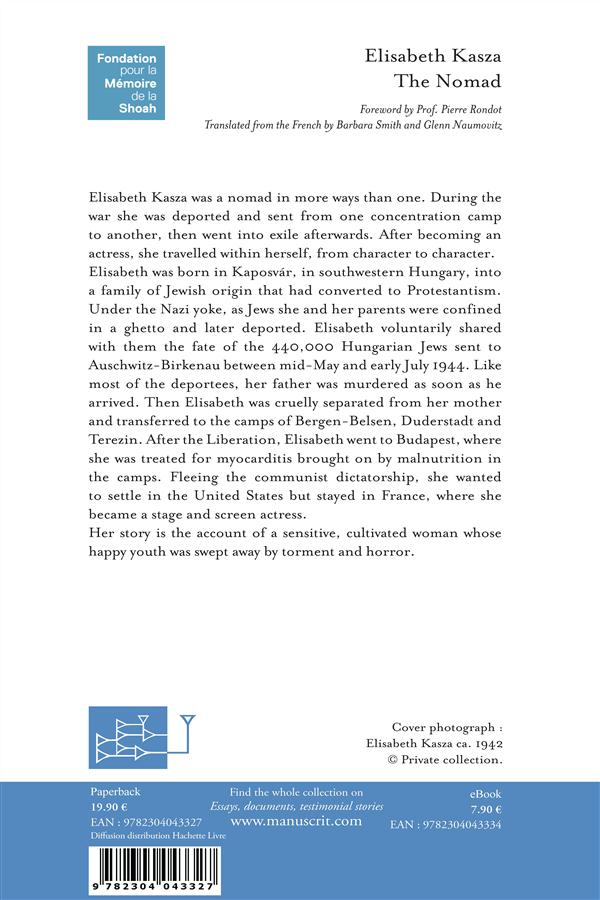 Elisabeth Kasza was a nomad in more ways than one. During the war she was deported and sent from one concentration camp to another, then went into exile afterwards. After becoming an actress, she travelled within herself, from character to character. Elisabeth was born in Kaposvár, in southwestern Hungary, into a family of Jewish origin that had converted to Protestantism. Under the Nazi yoke, as Jews she and her parents were confined in a ghetto and later deported. Elisabeth voluntarily shared with them the fate of the 440,000 Hungarian Jews sent to Auschwitz-Birkenau between mid-May and early July 1944. Like most of the deportees, her father was murdered as soon as he arrived. Then Elisabeth was cruelly separated from her mother and transferred to the camps of Bergen-Belsen, Duderstadt and Terezin. After the Liberation, Elisabeth went to Budapest, where she was treated for myocarditis brought on by malnutrition in the camps. Fleeing the communist dictatorship, she wanted to settle in the United States but stayed in France, where she became a stage and screen actress.
Her story is the account of a sensitive, cultivated woman whose happy youth was swept away by torment and horror.