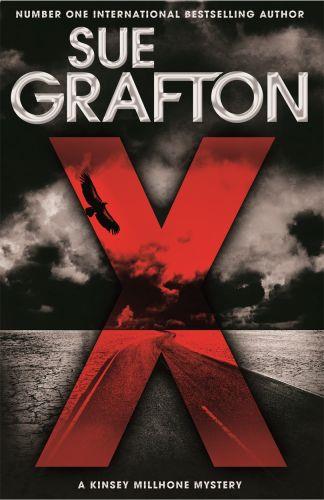 B>X is the New York Times number 1 bestseller and thrilling, twenty-fourth book in the Kinsey Millhone Alphabet series from Sue Grafton./b>br>b>/b>br>In hindsight, I marvel at how clueless I was . . . What I ask myself even now is whether I should have picked up the truth any faster than I did, which is to say not fast enough . . .br>br>When a glamorous red head wishes to locate the son she put up for adoption thirty-two years ago, it seems like an easy two hundred bucks for private investigator Kinsey Millhone. But when a cop tells her she was paid with marked bills, and Kinsey's client is nowhere to be found, it becomes apparent this mystery woman has something to hide. Riled, Kinsey won't stop until she's found out who fooled her and why.Meanwhile, the widow of the recently murdered P. I. - and Kinsey's old friend - Pete Wolinsky, needs help with her IRS audit. This seemingly innocuous task takes a treacherous turn when Kinsey finds a coded list amongst her friend's files. It soon leads her to an unhinged man with a catalogue of ruined lives left in his wake. And despite the devastation, there isn't a single conviction to his name. It seems this sociopath knows exactly how to cause chaos without leaving a trace.As Kinsey delves deeper into the investigation she quickly becomes the next target of this tormentor. But can Kinsey prove her case against him before she becomes the next victim?