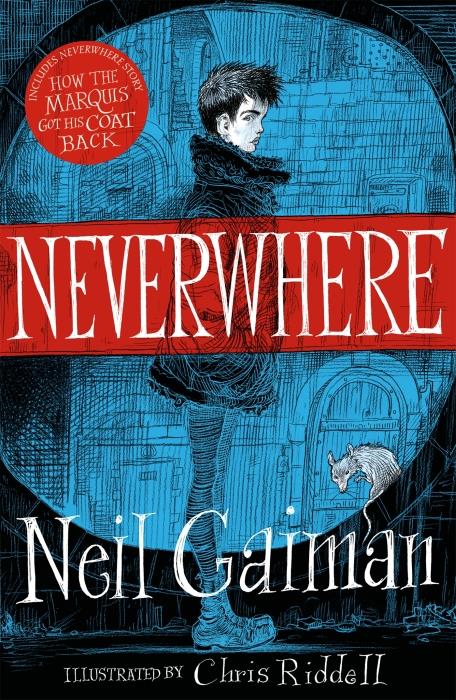 Discover Neil Gaiman's Neverwhere , the extraordinary modern classic from the bestselling author of American Gods , illustrated for the first time by 2015-2017 UK Children's Laureate Chris Riddell. This beautiful edition features the fully illustrated short story, 'How the Marquis Got His Coat Back', and will delight fans of Coraline, The Book of Dust and Goth Girl . 'Gaiman is, simply put, a treasure-house of story, and we are lucky to have him' Stephen King Under the streets of London lies a world most people could never dream of. When Richard Mayhew helps a mysterious girl he finds bleeding on the pavement, his boring life changes in an instant. Her name is Door, she's on the run from two assassins in black suits and she comes from London Below. His act of kindness leads him to a place filled with monsters and angels, a Beast in a labyrinth and an Earl who holds Court in a Tube train. It is strangely familiar yet utterly bizarre .