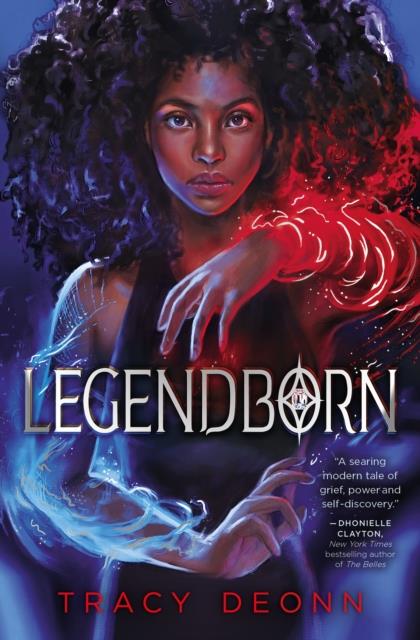 SOME LEGACIES ARE MEANT TO BE BROKEN. "I love the feeling of a magical world existing just beneath the surface of our own and this story gave me everything I wanted: incredible characters, ancient lore and secret societies all grounded in our very real, very flawed world . . ." Leigh Bardugo, author of Shadow and Bone An explosive fantasy debut that is taking TikTok by storm. Perfect for fans of Cassandra Clare, Leigh Bardugo, Sarah J. Maas and Cinderella is Dead ! Filled with mystery and Southern Black Girl Magic, Tracy Deonns New York Times bestselling Legendborn offers the dark allure of City of Bones with a modern-day twist on a classic legend . . . After her mother dies in an accident, sixteen-year-old Bree Matthews wants to escape. A residential programme for bright high-schoolers seems like the perfect opportunity until she witnesses a magical attack her very first night on campus . . . A flying demon feeding on human energies. A secret society of so-called Legendborn that hunt the creatures down. A mysterious mage who calls himself a Merlin and who attempts and fails to wipe Brees memory of everything she saw. The mages failure unlocks Brees own unique magic and a buried memory about her mother. Now Bree will do whatever it takes to discover the truth, even infiltrate the Legendborn. But when the Legendborn reveal themselves as the descendants of King Arthurs knights and foretell a magical war, Bree must decide how far shell go for the truth. Should she use her magic to take the society down or join the fight? Winner of the Coretta Scott King John Steptoe for New Talent Author Award, and a New York Times bestseller!