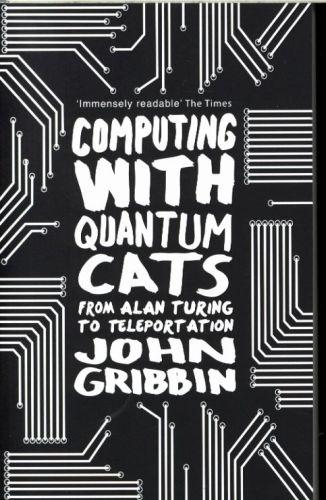 The quantum computer is no longer the stuff of science fiction. Pioneering physicists are on the brink of unlocking a new quantum universe which provides a better representation of reality than our everyday experiences and common sense ever could. The birth of quantum computers - which, like Schrodinger's famous 'dead and alive' cat, rely on entities like electrons, photons or atoms existing in two states at the same time - is set to turn the computing world on its head.

In his fascinating study of this cutting-edge technology, John Gribbin updates his previous views on the nature of quantum reality, arguing for a universe of many parallel worlds where 'everything is real'. Looking back to Alan Turing's work on the Enigma machine and the first electronic computer, Gribbin explains how quantum theory developed to make quantum computers work in practice as well as in principle. He takes us beyond the arena of theoretical physics to explore their practical applications - from machines which learn through 'intuition' and trial and error to unhackable laptops and smartphones. And he investigates the potential for this extraordinary science to create a world where communication occurs faster than light and teleportation is possible.