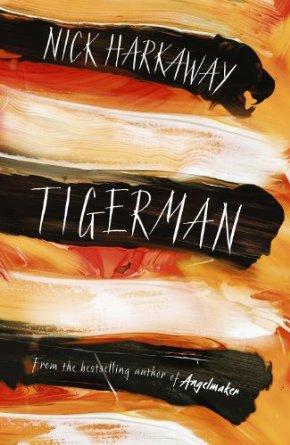 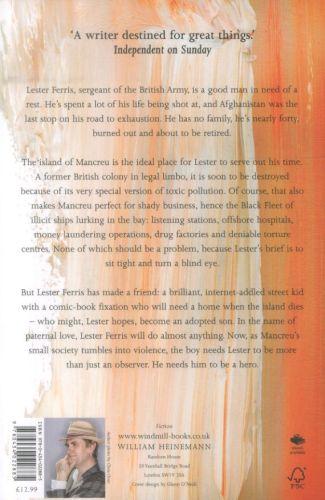 Lester Ferris, sergeant of the British Army, is a good man in need of a rest. He's spent a lot of his life being shot at, and Afghanistan was the last stop on his road to exhaustion. He has no family, he's nearly forty and burned out and about to be retired.

The island of Mancreu is the ideal place for Lester to serve out his time. It's a former British colony in legal limbo, soon to be destroyed because of its very special version of toxic pollution - a down-at-heel, mildly larcenous backwater. Of course, that also makes Mancreu perfect for shady business, hence the Black Fleet of illicit ships lurking in the bay: listening stations, offshore hospitals, money laundering operations, drug factories and deniable torture centres. None of which should be a problem, because Lester's brief is to sit tight and turn a blind eye.

But Lester Ferris has made a friend: a brilliant, Internet-addled street kid with a comicbook fixation who will need a home when the island dies - who might, Lester hopes, become an adopted son. Now, as Mancreu's small society tumbles into violence, the boy needs Lester to be more than just an observer.

In the name of paternal love, Lester Ferris will do almost anything. And he's a soldier with a knack for bad places: "almost anything" could be a very great deal - even becoming some sort of hero. But this is Mancreu, and everything here is upside down. Just exactly what sort of hero will the boy need?