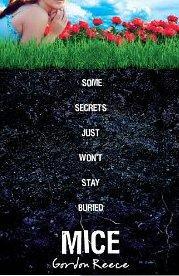 Sixteen year old Shelley and her mother move to Honeysuckle cottage in the middle of the countryside, fleeing their fears and anxieties and hoping to put behind them years of suffering at the hands of others. Shelley has endured terrible bullying from the girls who used to be her best friends, and her mother has been left reeling following a divorce from her selfish, demanding husband. For Shelley and her mother are 'mice' - timid, nervous and obliging. And for a while, in their cottage-haven, the women flourish. But one night, their fragile peace is shattered when Shelley wakes to hear a creak on the stairs. Someone has broken into the house . . . In the shocking, chilling events that follow, Shelley's world is turned on its head, as the women find themselves tested as never before. And as their lives spiral out of control, the tension reaches fever pitch, and Shelley begins to wonder: if she and her mother are not mice after all, then what are they? 'A gripping, flawless novel . . . memorable, atmospheric and chilling' Sophie Hannah