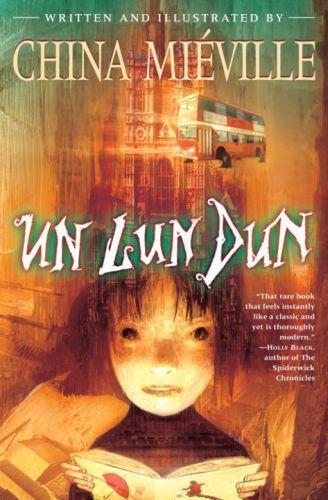 ‘UnLondon is at war. We’re under attack. And it’s been written, for centuries, that you – you – will come and save us.’ Stumbling through a secret entrance, Zanna and Deeba emerge in the strange wonderland of UnLondon. Here all the lost and broken things of London end up, and some of its people, too – including Brokkenbroll, boss of the broken umbrellas and Hemi the half-ghost boy. UnLondon is a place where Routemaster buses have legs, where Librarians are ‘bookaneers’, intrepid adventurers dedicated to hunting down lost books, and postmen spend years tracking the mobile addresses of the ever changing Puzzleborough. But the girls have arrived at a dangerous time – UnLondon is under siege by the sinister Smog; it’s a city awaiting its hero. China makes extraordinary use of the ordinary is this wildly inventive fantasy adventure.