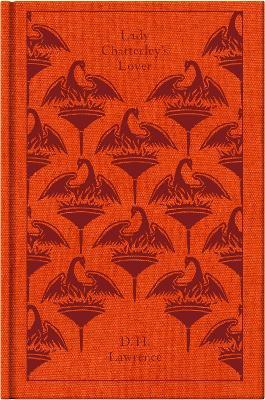 Biographical noteD.H. Lawrence (1885-1930), English novelist, storywriter, critic, poet and painter, one of the greatest figures in 20th-century English literature. Among his works, Sons and Lovers appeared in 1913, The Rainbow (1915), Women In Love (1920), and many others. Main descriptionPart of Penguin's beautiful hardback Clothbound Classics series, designed by the award-winning Coralie Bickford-Smith, these delectable and collectible editions are bound in high-quality colourful, tactile cloth with foil stamped into the design. Constance Chatterley feels trapped in her sexless marriage to the invalid Sir Clifford. Unable to fulfil his wife emotionally or physically, Clifford encourages her to have a liaison with a man of their own class. But Connie is attracted instead to her husband's gamekeeper and embarks on a passionate affair that brings new life to her stifled existence. Can she find a true equality with Mellors, despite the vast gulf between their positions in society? One of the most controversial novels in English literature, Lady Chatterley's Lover is an erotically charged and psychologically powerful depiction of adult relationships.