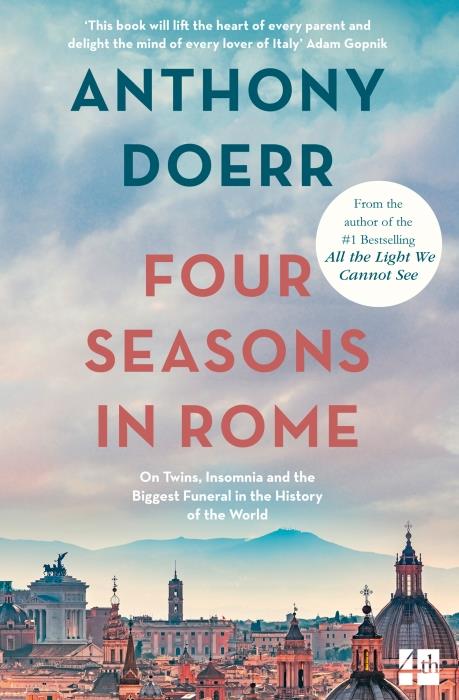 FOUR SEASONS IN ROME - ON TWINS, INSOMNIA AND THE BIGGEST FUNERAL IN THE HISTORY OF THE WORLD

On the same day that his wife gave birth to twins, Anthony Doerr received the Rome Prize, an award that gave him a year-long stipend and studio in Rome... ''Four Seasons in Rome'' charts the repercussions of that day, describing Doerr''s varied adventures in one of the most enchanting cities in the world, and the first year of parenthood. He reads Pliny, Dante, and Keats - the chroniclers of Rome who came before him - and visits the piazzas, temples, and ancient cisterns they describe. He attends the vigil of a dying Pope John Paul II and takes his twins to the Pantheon in December to wait for snow to fall through the oculus. He and his family are embraced by the butchers, grocers, and bakers of the neighbourhood, whose clamour of stories and idiosyncratic child-rearing advice is as compelling as the city itself. This intimate and revelatory book is a celebration of Rome, a wondrous look at new parenthood and a fascinating account of the alchemy of writers.