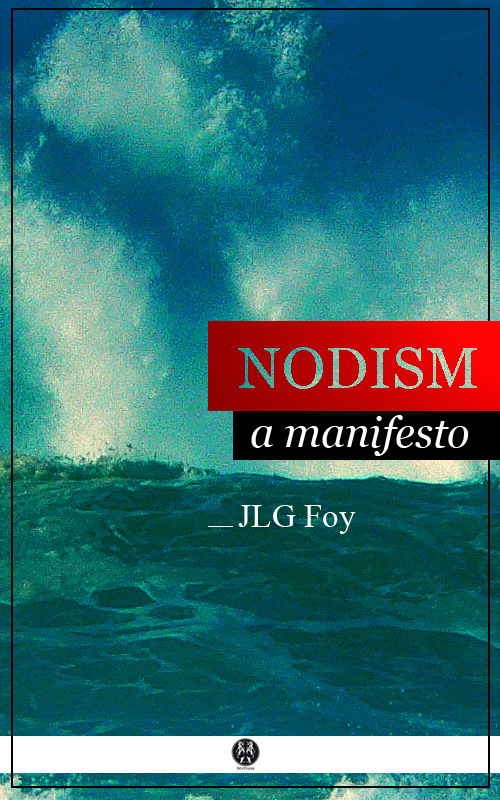 The Occupy movement notwithstanding, the Twenty-first Century is managing to accomplish what no other century has achieved: it is annihilating meaningful protest, paring it down to insignificance. No force nor person seems able usefully to contest the current global structure, be it economic, political or social. Each attempt seems only to reinforce the system it protests, and eventually be absorbed by it. And all the while, the clock that counts down minutes to mankind's ecological doomsday ticks relentlessly on... From this desolate scenario is born Nodism: A Manifesto. The last hope. The ultimate chance. To lay groundwork for a real alternative to the globalized, Western-driven, style of life, despite the consensus view which sees this, at best, as the only system possible; at worst, as a tragedy whose outcome is set in stone. The real problem Nodism addresses? The vast organizations, governmental and business and in between, whose vast, overall and destructive impact follows from one crucial fact: over the last century they have become autonomous, non-human systems. They have turned into a new life-form, in fact as well as theory. They have become Orgs. The true solution? Nodes: the Orgs' opposite in size and intent. Tiny, rhizome-like micro-resistances. The seeding of an archipelago of small, independent, groupings of people brought together by work, or environmental issues, as well as the need to live self-sufficiently, and humanely, and as independently as possible of this vast and crushing life-form. But to do this we must rethink the whole notion of the individual as defined by the Orgs who isolate and control the humans deemed to run them. We have to think of ourselves as members of small groups, and a web of small groups, liberated to some extent by new technologies of self-sufficiency as well as by tenets of this manifesto, who can to a significant extent wrest control of our daily lives from the monstrous and inhuman hand of the Org. Using more than twenty years of research and thought on the subject, Foy has come up with a book at once lively and hard-hitting, a subtle call-to-arms. Nodism proves that the future of humanity does not lie with giant multinationals or government agencies but with ourselves. Gullivers take note: the Lilliputians are on the warpath.