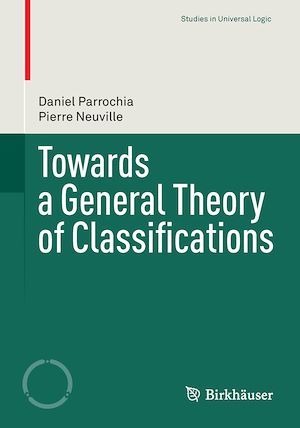 Towards a General Theory of Classifications

This book is an essay on the epistemology of classifications. Its main purpose is not to provide an exposition of an actual mathematical theory of classifications, that is, a general theory which would be available to any kind of them: hierarchical or non-hierarchical, ordinary or fuzzy, overlapping or non-overlapping, finite or infinite, and so on, establishing a basis for all possible divisions of the real world. For the moment, such a theory remains nothing but a dream. Instead, the authors essentially put forward a number of key questions. Their aim is rather to reveal the "state of art" of this dynamic field and the philosophy one may eventually adopt to go further. To this end they present some advances made in the course of the last century, discuss a few tricky problems that remain to be solved, and show the avenues open to those who no longer wish to stay on the wrong track.

Researchers and professionals interested in the epistemology and philosophy of science, library science, logic and set theory, order theory or cluster analysis will find this book a comprehensive, original and progressive introduction to the main questions in this field.