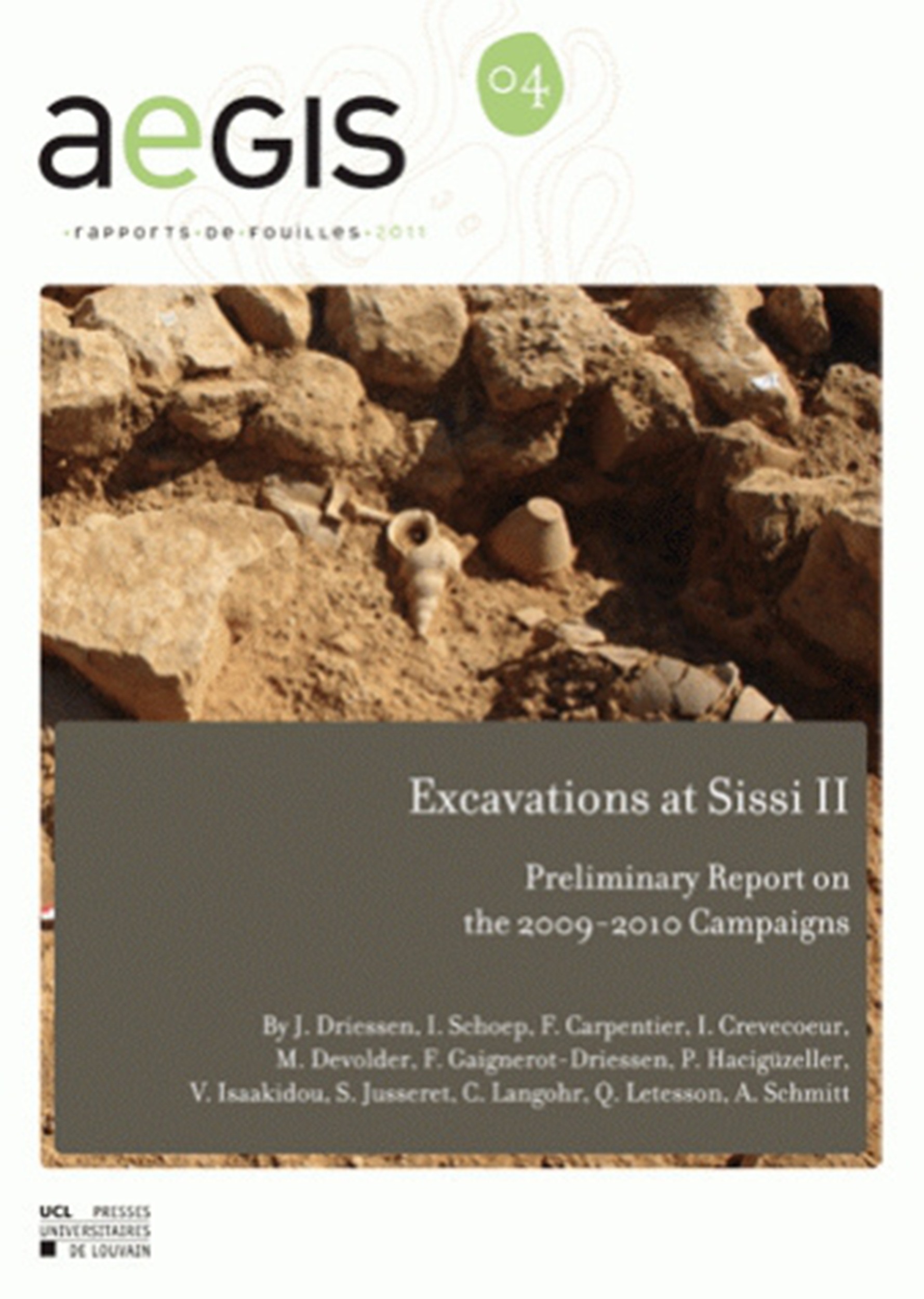 Since 2007, the Belgian School at Athens has undertaken excavations on the Kefali or Buffo hill, east of the village of Sissi, on the north coast of Crete where a Minoan site was occupied approximately between 2500 and 1200 BC. This volume is the follow-up of an earlier one on the 2007-2008 excavations (published as Aegis 1) and presents a preliminary report on the excavations carried out in 2009 and 2010. It concentrates on the different zones examined within the cemetery and settlement. There are also reports on the Late Minoan pottery, site conservation and environmental analysis as well as a paper on the use of GIS at Sissi.