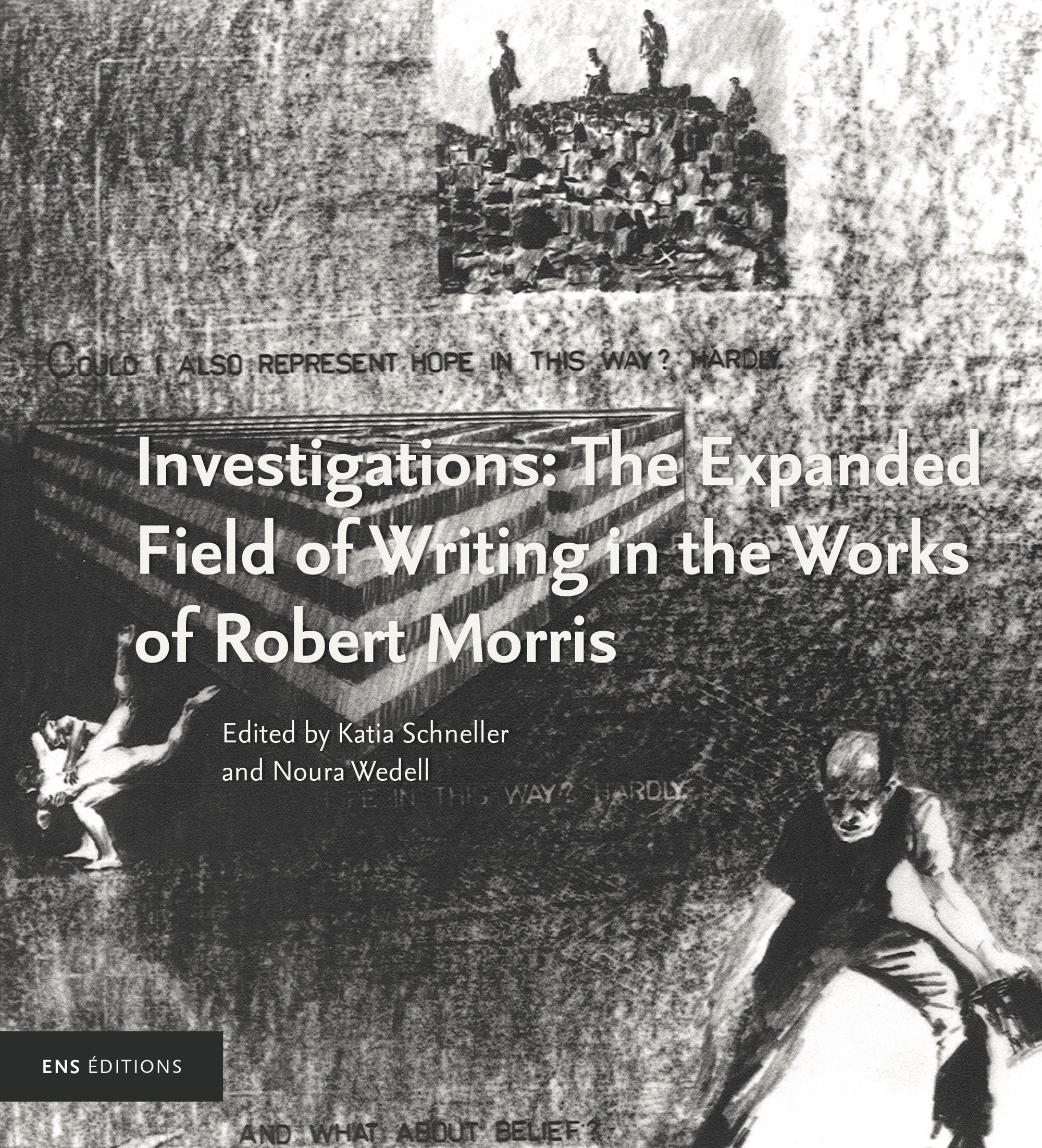 Investigations : the expanded field of writing in the works of robert morris

Yes, you seem to have been anything but an iconophile in your enterprise which is piled as high with words on one side as with images on the other. Robert Morris, "Professional Rules" By investigating the prolific oeuvre of Robert Morris via the prism of writing, this collection of essays provides an incisive lens into the work of a central figure in the visual arts since the 1960s, associated in turn with minimalism, postminimalism, conceptualism, and land art. Morris has often been labeled a theorist, although his writing mobilizes a wide variety of genres. He has espoused the style of art criticism, the verve of the polemic, as well as the forms of prose fiction and autobiography. But beyond his writerly craft, he has incorporated text into prints, sculptures, performances, installations, weaving a tight net between text and visual practice. This book brings together contributions from art historians, literary scholars, philosophers, filmmakers, and writers to shed light on an important yet overlooked aspect of Morris' work. Illustration : Robert Morris, Investigations: Could I also Represent Hope in this Way? Hardly. And What about Belief?, 1990. Graphite on vellum, 18 × 18 inches (45.7 × 45.7 cm). Photo: Courtesy of Robert Morris and Sonnabend Gallery, New York. © 2010 Robert Morris/Artists Rights Society (ARS), New York.