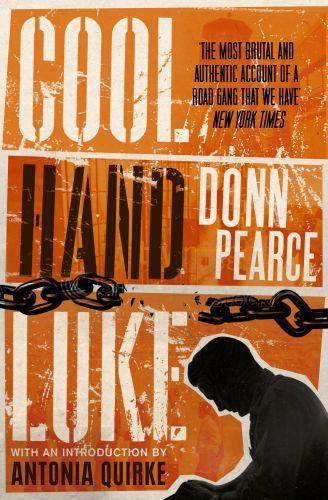 Written using Donn Pearce's own experiences of working on a Florida chain gang, Cool Hand Luke is the classic tale of a quiet hero who refused to conform. Forced into a chain gang after a controversial career in the army, Lucas Jackson's outsized feats range from bizarre acts of gluttony and gambling - betting a fellow inmate he can eat 50 eggs - to harrowing escape attempts. Luke's acts of defiance and his refusal to 'git his mind right' soon make him a legend among his fellow convicts - a symbol of hope in a cruel regime designed to break a man's body and spirit. The original rebel, Luke's anti-hero personality makes him one of the seminal non-conformists - born to lose, but full of dignity. Cool Hand Luke was turned into a film in 1967, the year after its initial publication, starring Paul Newman. The screenplay, scripted by Donn Pearce himself, was nominated for an Academy Award.