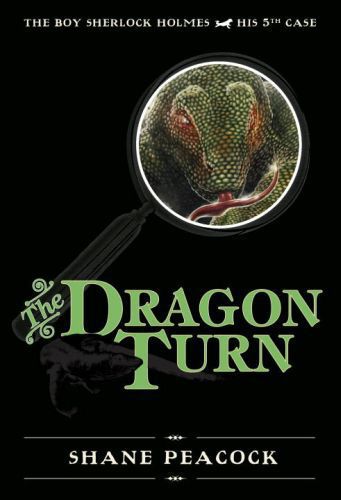 Summer 1869, and Sherlock Holmes and his friend Irene celebrate her sixteenth birthday by attending the theater to watch a celebrated magician make a real dragon appear on stage. It is the London sensation. Sherlock and Irene meet the magician, Alistair Hemsworth just as he is arrested for the murder of his rival, The Wizard of Nottingham.
It seems that traces of the missing Wizards blood and his spectacles were found in Hemsworths secret studio. Hemsworth has a motive: not only is the Wizard his rival, but he also caused a scandal when he lured Hemsworths wife away. But is Hemsworth guilty? Sherlock has his doubts, and soon, so does the reader.
With humor and plot turns as dizzying as a narrow London lane, Shane Peacock invites his readers into a fascinating world, and a fresh adventure with one of literatures favorite characters. The Boy Sherlock Holmes series is an international success with readers and reviewers alike.
From the Hardcover edition.