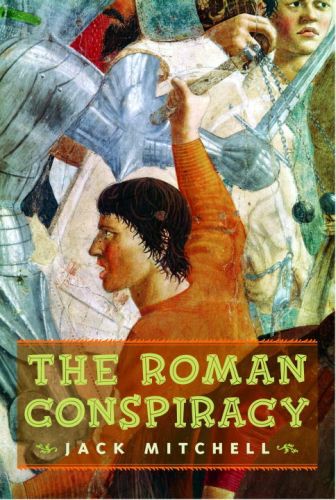 Young Aulus Spurinna's homeland, Etruria, has fallen prey to a rebel league of soldiers lead by Manlius, an experienced and dangerous Roman warrior. When his uncle dies under a cloud of mystery, Spurinna must take his uncle's place as the landowner of all Etruria. In order to save his homeland from Manlius, Spurinna travels to Rome to seek help from a Consul, Cicero. On his journey, Spurinna teams up with Cicero's daughter, Tullia, and together they unravel a conspiracy that could overthrow the Roman Empire. Spurinna soon finds himself thrust into the midst of a deadly battle - and a fight to save his life, his home, and Rome.
This first novel by classical scholar Jack Mitchell is a gripping tale that vaults over the centuries to bring ancient Rome to thrilling life.
From the Trade Paperback edition.