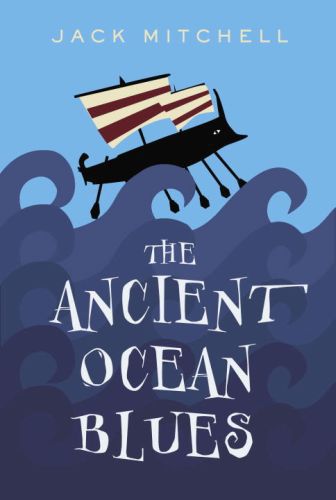 Anyone who thinks ancient history is dry will think again after dipping into these ocean blues. Here, political corruption, intrigue, high-seas adventure, romance, and comedy are all presented in abundance by the likable Marcus Oppius Sabinus, a teenager with a very contemporary attitude. Marcus is unwittingly involved by his cousin in "promoting" the ambitious young Julius Caesar in an upcoming Roman election. When Marcus proves to be even better at bribery than his cousin had hoped, he is assigned a difficult and dangerous mission. He must spy on, and undermine, those who would support Cicero's control of Rome, so that Julius Caesar can continue his power grab. The mission carries its rewards and risks. If Marcus succeeds, he will be on the inner circles of Rome's elite. If he fails, he faces exile -- or worse. Given very little choice but to accept his assignment, Marcus travels to Greece, but not before he is sidelined by shipwreck, enslavement, and pirate attack. Oh, yes, and the beginnings of love.
Beautifully researched and fast-paced, The Ancient Ocean Blues is a solid story that is sure to stand the test of time and put historical fiction in a whole new light for today's young adults.
From the Trade Paperback edition.