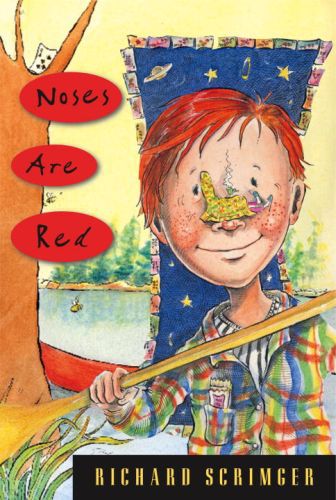 Nominated in the fiction category for the 2004/2005 Red Cedar Book Awards (British Columbia's Young Reader's Choice book award) Norbert's back, and Alan's got him! In the third of Richard Scrimger's wildly popular Nose books, Alan is off on a camping trip with his good friend, Victor. Fun, right? Not if the person who is taking you camping happens to be Christopher, your mother's new boyfriend. And not if you aren't exactly a fan of the great outdoors, with its bugs and swamps and bears.
The woods are full of dangers, and the boys seem to encounter them all in one hilarious misadventure after another. It's up to Norbert, the alien from Jupiter, to help Alan find his way out of the forest.
From the Hardcover edition.