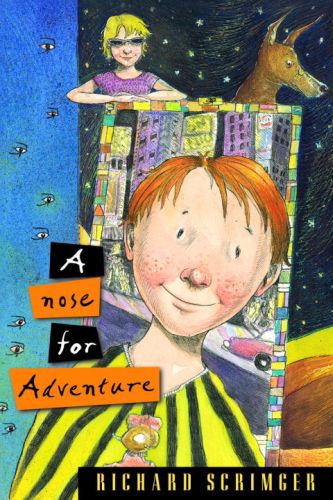 A Nose for Adventure

In this hilarious sequel to The Nose from Jupiter, Alan is to take his first airplane ride. He is off to New York, where his father will meet him for some "quality time" together. There are one or two snags, though. First, his father isn't at the airport. Then there's his cranky seatmate, Frieda, who is almost kidnapped while she's waiting for her wheelchair at the baggage claim. Sally, an abandoned mutt, joins the scene. And finally, Norbert is back. He is an alien from Jupiter who had previously taken up residence in Alan's nose when he was on a fact-finding mission to Earth. Alan had been, to say the least, an unwilling host to Norbert, but when you're lost in New York City being chased by bad guys, you need all the help you can get!
From the Trade Paperback edition.