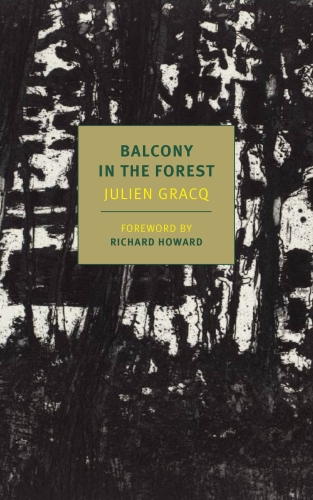 Balcony in the Forest

It is the fall of 1939, and Lieutenant Grange and his men are living in a chalet above a concrete bunker deep in the Ardennes forest, charged with defending the French-Belgian border against the Germans in a war that seems unreal, distant, and unlikely. Far more immediate is the earthy life of the forest itself and the deep sensations of childhood it recalls from Grange’s memory. Ostensibly readying for war, Grange instead spends his time observing the change in seasons, falling in love with a young free-spirited widow, and contemplating the absurd stasis of his present condition. This novel of long takes, dream states, and little dramatic action culminates abruptly in battle, an event that is as much the real incursion of the German army into France as it is the sudden intrusion of death into the suspended disbelief of life. Richard Howard’s skilled translation captures the fairy-tale otherworldliness and existential dread of this unusual, elusive novel (first published in 1958) by the supreme prose stylist Julien Gracq.