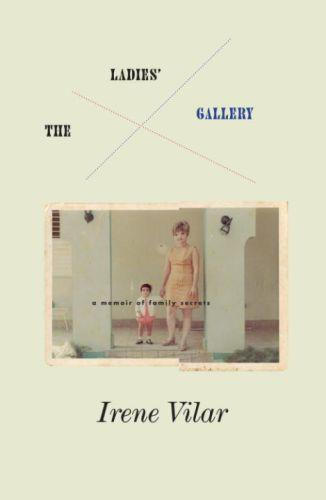 A shred of black lace. A broken hand mirror. A spidery strip of false eyelash. These are the fragments left to Irene Vilar, granddaughter of Lolita Lebrón, the revered political activist for Puerto Rican independence who in 1954 sprayed the U.S. House of Representatives with gunfire, wounding several congressmen, and served twenty-seven years in prison. In The Ladies' Gallery, Vilar revisits the legacy of her grandmother and that of her anguished mother, who leaped to her death from a speeding car when Vilar was eight.
Eleven years after her mother's death, Vilar awakens in a psychiatric hospital after her own suicide attempt and begins to face the devastating inheritance of abandonment and suicide passed down from her grandmother and mother. The familial pattern of self-destruction flings open the doors to her national inheritance and the search for identity. Alternating between Vilar's notes from the ward and the unraveling of her family's secrets, this lyrical and powerful memoir of three generations of Puerto Rican women is urgent, impassioned, and unforgettable.
From the Trade Paperback edition.