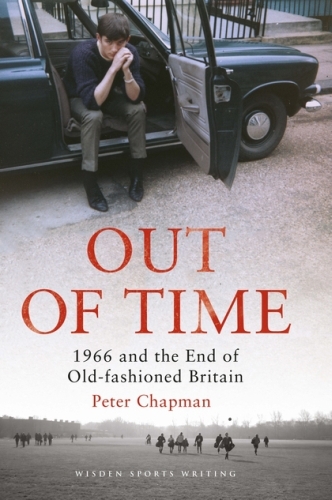 In the summer of 1966 Peter Chapman was a naive 18-year-old from the Angel in north London. He was just about to enter the world of work, having flunked his A Levels and recently discovered that he would not be fulfilling his dream of becoming a professional footballer at Leyton Orient. As a young man on the brink of adulthood, he found himself in a country also on the brink of huge change - and about to have one of the most significant sporting successes in its history.
Focused around England's one and only World Cup victory, Out of Time tells the story of that summer - both the football and the country's broader political, social and economic picture - through his 18-year-old eyes, and offers a vivid and beautifully written portrait of what life was like in 1966.