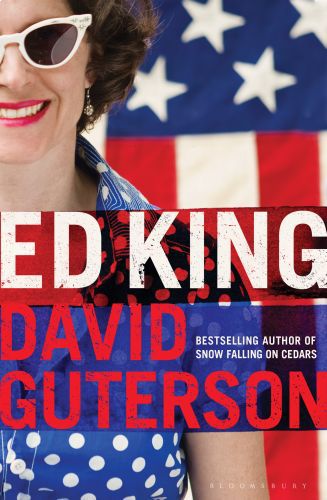 In 1962, actuary Walter Cousins makes the biggest mistake of his life. When mild-mannered Walter - 'a man who weighs risk for a living' - sleeps with the sharp-tongued, not-quite-legal British au pair, Diane Burroughs, he can have no sense of the magnitude of his error.
For this brief affair sets in motion a tragedy of epic proportions, upending Sophocles's immortal tale of fate, free will, and forbidden desire. At the centre is Ed King, an infant given up for adoption who becomes one of the world's richest and most powerful men. But beneath the sizzling story of Ed's seemingly inexorable rise to fame and fortune is a dark and unsettling destiny, one that approaches with ever-increasing suspense as the book reaches its shattering and surprising conclusion.
An assured, propulsively written epic novel of unstoppable force, Ed King is a classic of contemporary American life: a daringly told story of a man and a myth, of blindness and narcissism, and of the precarious foundations on which carefully constructed lives are built - and timeless stories are created. From the bestselling author of Snow Falling on Cedars, a dazzling, darkly funny, extraordinary modern take on an ancient tragedy, quite unlike anything we've seen before.