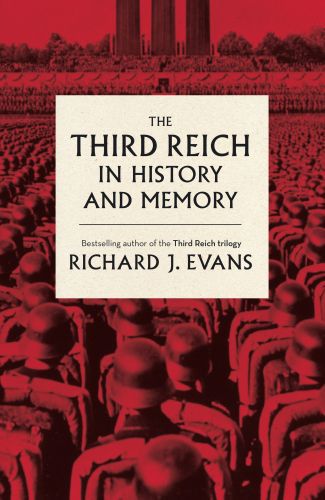 The Third Reich in History and Memory

In this fascinating and enlightening collection of essays, one of the most important historians of our time reflects on the ways our understanding of Nazi Germany have been transformed in the twenty-first century. Richard Evans examines new historical perspectives on the Third Reich, such as showing how it is increasingly viewed in a broader international - even global - context, as part of the age of imperialism. He investigates how Nazi policies in Europe drew on Hitler's image of the American colonisation of the Great Plains, how companies like Volkswagen and Krupp operated on a global scale and - perhaps most controversial of all - how historians have come to see the Holocaust not as a unique historical event but as a genocide with parallels and similarities in other countries and at other times. THE THIRD REICH IN HISTORY AND MEMORY explores how these new perspectives have brought dividends, but also offers a critical perspective on the ways they are changing our perception of the period. THE THIRD REICH IN HISTORY AND MEMORY, in Richard Evans' characteristically compelling style, shows us that memory has to be subjected to the close scrutiny of history if it is to stand up to examination, while history's implications for collective cultural memories of Nazism must be spelled out with precision as well as with passion.