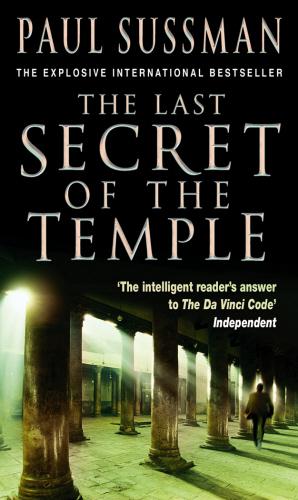 The Last Secret Of The Temple

Jerusalem, 70 AD. As the legions of Rome besiege the Holy Temple, a boy is given a secret that he must guard with his life.
Southern Germany, December 1944. Six emaciated prisoners drag a mysterious crate deep into a disused mine. They too give their lives to keep the secret safe - they are murdered by their Nazi guards.
Egypt, Valley of the Kings, present day. A body is discovered among some ruins. It appears to be an open-and-shut case but the more Inspector Yusuf Khalifa of the Luxor police uncovers about the dead man, the more uneasy he becomes. And his investigation turns out to be anything but routine. Khalifa doesn't know it yet, but he is on the trail of an extraordinary long-lost artifact that could, in the wrong hands, turn the Middle East into a blood bath. It's a dangerous path he's taking - and to make matters worse, he's not alone...
From ancient Jerusalem, the Crusades, Cathar heretics and coded medieval manuscripts to the Holocaust, hidden Nazi treasure and the murderous present-day, The Last Secret of the Temple is a thrilling, rollercoaster ride of adventure in search of a two thousand year-old mystery and a pulse-pounding race against time.