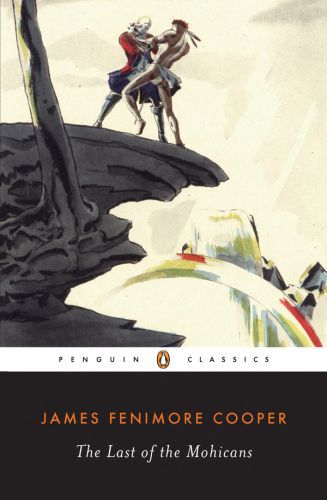 The Last of the Mohicans

Cooper's most enduringly popular novel combines heroism and romance with powerful criticism of the destruction of nature and tradition.
Set against the French and Indian siege of Fort William Henry in 1757, The Last of the Mohicans recounts the story of two sisters, Cora and Alice Munro, daughters of the English commander, who are struggling to be reunited with their father. They are aided in their perilous journey by Hawk-eye, a frontier scout and his companions Chingachgook and Uncas, the only two survivors of the Mohican tribe. But their lives are endangered by the Mangua, the savage Indian traitor who captures the sisters, wanting Cora to be his squaw.
In setting Indian against Indian and the brutal society of the white man against the civilization of the Mohican, Cooper, more than any author before or since, shaped the American sense of itself as a nation.