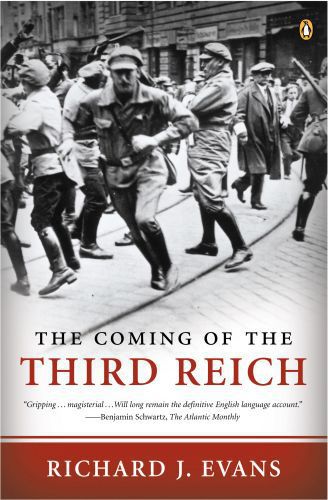 The Coming of the Third Reich

There is no story in twentieth-century history more important to understand than Hitler’s rise to power and the collapse of civilization in Nazi Germany. With The Coming of the Third Reich, Richard Evans, one of the world’s most distinguished historians, has written the definitive account for our time. A masterful synthesis of a vast body of scholarly work integrated with important new research and interpretations, Evans’s history restores drama and contingency to the rise to power of Hitler and the Nazis, even as it shows how ready Germany was by the early 1930s for such a takeover to occur. The Coming of the Third Reich is a masterwork of the historian’s art and the book by which all others on the subject will be judged.