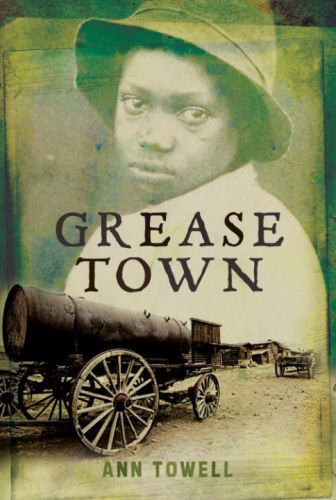 A heartbreaking history of prejudice, family ties, and the loss of innocence.When twelve-year-old Titus Sullivan decides to run away to join his Uncle Amos and older brother, Lem, he finds an alien and exciting world in Oil Springs, the first Canadian oil boomtown of the 19th century.
The Enniskillen swamp is slick with oil, and it takes enterprising folk to plumb its depths. The adventurers who work there are a tough lot of individuals. In this hard world, Titus becomes friends with a young black boy, the child of slaves who came to Canada on the Underground Railroad. When tragedy strikes in the form of a race riot, Titus's loyalties are tested as he struggles to deal with the terrible fallout.
Though the characters are fictitious, the novel is based on a race riot that occurred in Oil Springs, Ontario, on March 20, 1863. Grease Town is historical fiction at its finest.
From the Trade Paperback edition.