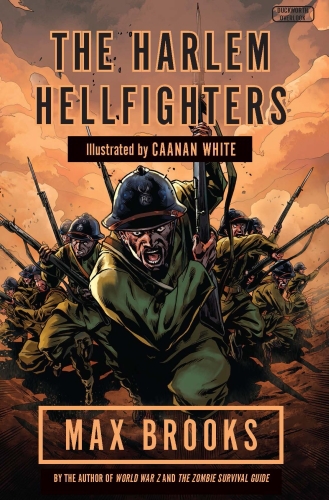 In 1919, the 369th infantry regiment - the Harlem Hellfighters as the Germans called them - marched home triumphantly from World War I. They had spent more time in combat than any other American unit, never losing a foot of ground to the enemy and winning countless decorations. Though they returned home from the trenches of France as heroes, this overlooked that the African American unit faced tremendous discrimination, even from their own government. Based on true events and featuring artwork from acclaimed illustrator Caanan White, The Harlem Hellfighters delivers an action-packed and powerful story of how a group of exceptional individuals showed extraordinary courage, honour and heart in the face of terrible prejudice and in the midst of the unprecedented horrors of the Great War.