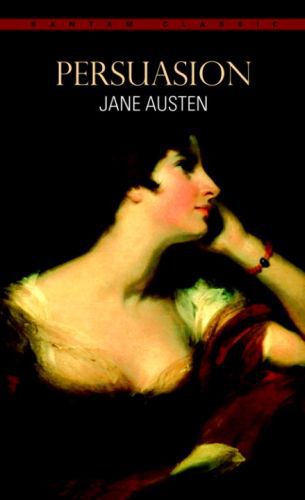 Called a 'perfect novel' by Harold Bloom, Persuasion was written while Jane Austen was in failing health. She died soon after its completion, and it was published in an edition with Northanger Abbey in 1818.
In the novel, Anne Elliot, the heroine Austen called 'almost too good for me,' has let herself be persuaded not to marry Frederick Wentworth, a fine and attractive man without means. Eight years later, Captain Wentworth returns from the Napoleonic Wars with a triumphant naval career behind him, a substantial fortune to his name, and an eagerness to wed. Austen explores the complexities of human relationships as they change over time. 'She is a prose Shakespeare,' Thomas Macaulay wrote of Austen in 1842. 'She has given us a multitude of characters, all, in a certain sense, commonplace. Yet they are all as perfectly discriminated from each other as if they were the most eccentric of human beings.' Persuasion is the last work of one of the greatest of novelists, the end of a quiet career pursued in anonymity in rural England that produced novels which continue to give pleasure to millions of readers throughout the world.