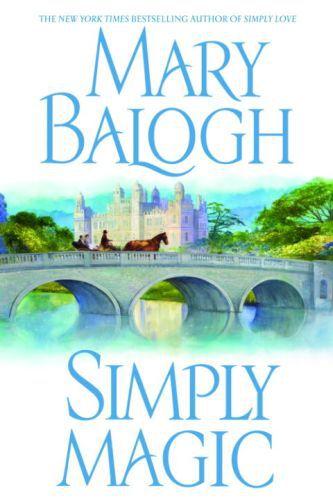 BONUS: This edition contains an excerpt from Mary Balogh's @18@The Secret Mistress.@16@@16@@19@On a splendid August afternoon Susanna Osbourne is introduced to the most handsome man she has ever seen . . . and instantly feels the icy chill of recognition. Peter Edgeworth, Viscount Whitleaf, is utterly charming@95@mdash;and seemingly unaware that they have met before. With his knowing smile and seductive gaze, Peter acts the rake; but he stirs something in Susanna she has never felt before, a yearning that both frightens and dazzles her. Instantly she knows: this brash nobleman poses a threat to her heart . . . and to the secrets she guards so desperately.@16@ @16@ From the moment they meet, Peter is drawn to Susanna@12@s independence, dazzled by her sharp wit@95@mdash;he simply must have her. But the more he pursues, the more Susanna withdraws . . . until a sensual game of thrust-and-parry culminates in a glorious afternoon of passion. Now more determined than ever to keep her by his side, Peter begins to suspect that a tragic history still haunts Susanna. And as he moves closer to the truth, Peter is certain of one thing: he will defy the mysteries of her past for a future with this exquisite creature@95@mdash;all Susanna must do is trust him with the most precious secret of all. . . .