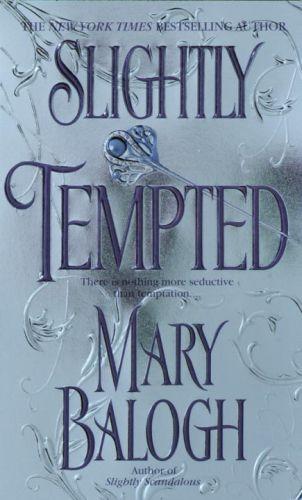 BONUS: This edition contains an excerpt from Mary Balogh's @18@The Secret Mistress.@19@@16@@16@Meet the Bedwyns@95@mdash;six brothers and sisters@95@mdash;men and women of passion and privilege, daring and sensuality.@16@ @16@ Enter their dazzling world of high society and breathtaking seduction@95@hellip;where each will seek love, fight temptation, and court scandal@95@hellip;and where Morgan Bedwyn, the willful youngest daughter, discovers that true love is a temptation no woman can@95@mdash;or should@95@mdash;resist.@16@ @16@ Young. Ravishing. Exquisitely marriageable. From the moment he spies Lady Morgan Bedwyn across the glittering ballroom, Gervase Ashford, Earl of Rosthorn, knows he has found the perfect instrument of his revenge. But wedlock is not on the mind of the continent@12@s most notorious rake. Nor is it of interest to the fiercely independent Lady Morgan herself@95@hellip;until one night of shocking intimacy erupts in a scandal that could make Gervase@12@s vengeance all the sweeter. There is only one thing standing in his way: Morgan, who has achieved the impossible@95@mdash;she@12@s melted his coolly guarded heart. For Gervase, only the marriage bed will do, but Morgan simply will not have him. Thus begins a sizzling courtship where two wary hearts are about to be undone by the most scandalous passion of all: glorious, all-consuming love.