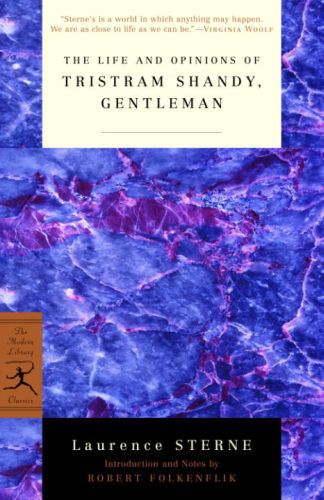 The Life and Opinions of Tristram Shandy, Gentleman

Introduction and Notes by Robert FolkenflikRich in playful double entendres, digressions, formal oddities, and typographical experiments, The Life and Opinions of Tristram Shandy, Gentleman provoked a literary sensation when it first appeared in England in a series of volumes from 1759 to 1767. An ingeniously structured novel (about writing a novel) that fascinates like a verbal game of chess, Tristram Shandy is the most protean and playful English novel of the eighteenth century and a celebration of the art of fiction; its inventiveness anticipates the work of Joyce, Rushdie, and Fuentes in our own century. This Modern Library Paperback is set from the nine-volume first edition from 1759.From the Trade Paperback edition.