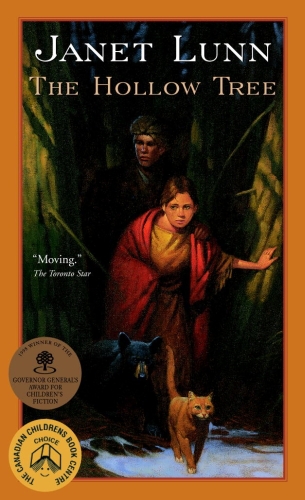 From one of Canada's best loved children's writers comes the enthralling tale of a brave young girl caught up in the American Revolutionary War. It is 1777 and Phoebe Olcott is thrown headlong into the horrors of war when her beloved cousin Gideon is hanged for being a British spy. When she finds a message left by Gideon containing the names of Loyalist families to be protected by the King's army, Phoebe knows she must deliver the message to the general at Fort Ticonderoga. She sets out into the wilderness and soon meets up with Jem, a young Loyalist travelling to the safety of British Canada. As they travel across the country facing rebel guns, wild animals and worse, Phoebe and Jem discover they have a growing attraction for each other. But her own mission cannot be ignored and Phoebe once again finds herself alone, freezing and near death before she is reunited with Jem on the shores of Lake Ontario.
From the Paperback edition.