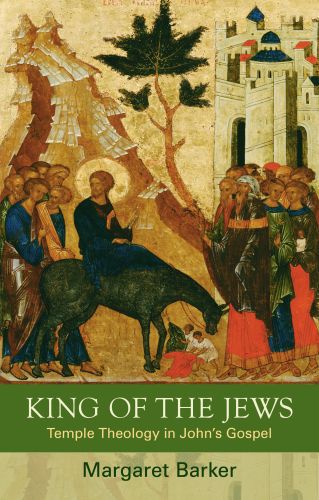 King of the Jews

The book starts with background chapters on the Jews, Moses, the King in the Old Testament, and moves on to the King in the New Testament (apart from John) before reaching its main focus on the Gospel of John. 'Those at Qumran who worshipped as/with the angels in heaven cannot have been very different from those who wrote and read John's gospel and the Book of Revelation. The latter were the Hebrew-Christian community who saw themselves as the heavenly throng . . . Their Lamb on the throne opened a sealed book - secret teaching - and they were originally people chosen from all the twelve tribes of Israel to receive the Name of the Lord on their foreheads (Rev.7.3-4). This vision was set in the early days of the first temple, before the kingdom divided, and it had become the hope for the future.' from the Introduction.