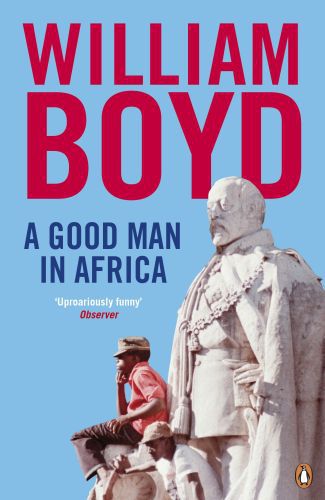 A Good Man in Africa

A Good Man in Africa is William Boyd's classic, prize-winning debut novelWinner of the Whitbread Award and the Somerset Maugham PrizeEscapee from suburbia, overweight, oversexed ... Morgan Leafy isn't overburdened with worldly success. Actually, he is refreshingly free from it. But then, as a representative of Her Britannic Majesty in tropical Kinjanja, it was not very constructive of him to get involved in wholesale bribery. Nor was it exactly oiling his way up the ladder to hunt down the improbably pointed breasts of his boss's daughter when officially banned from horizontal delights by a nasty dose ... Falling back on his deep-laid reserves of misanthropy and guile, Morgan has to fight off the sea of humiliation, betrayal and ju-ju that threatens to wash over him.
A Good Man in Africa is one of the greatest comic novels of recent times and will be loved by fansof Any Human Heart, as well as readers of Ben Macintyre, SebastianFaulks, Nick Hornby and Hilary Mantel'Wickedly funny' The Times
'If a widening grim is the test of a novel's entertainment value in retospect, A Good Man in Africa romps home' Guardian