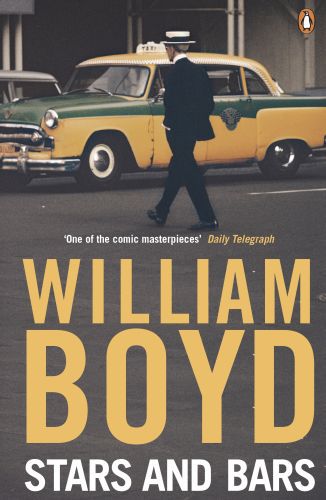 Stars and Bars by novelist William Boyd is one of the comic masterpiecesAll Henderson Dores dreams of is fitting in. But America, land of the loony millionaire and the subway poet, down-home Bible-basher and sharp-suited hood, of paralysing personal frankness and surreally fantasized facilities, is hard enough for an Englishman to fit in to. Henderson could never shed enough inhibitions to become just another weirdo. Or could he? This hilarious fish-out-of-water comedy, which Boyd also adapted for screen for the 1980s film starring Daniel Day Lewis, was described in the Guardian as, 'Splittingly shrewd and engaging ... with an extra and uneasy little something fretting away at the ribald content'.Stars and Bars will be loved by fans of Any Human Heart and A Good Man in Africa, as well as readers of David Nicholls, Sebastian Faulks, Nick Hornby and Hilary Mantel.'The wry laughter never stops ... the shrewdest pages yet from a master of wittymanipulation' Observer