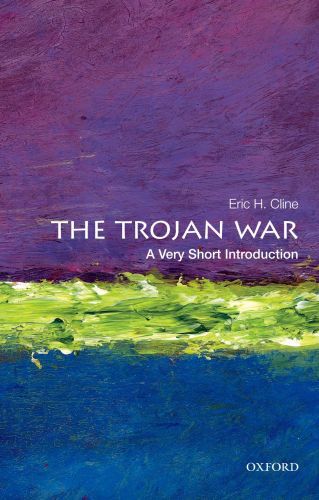 The Iliad, Homer's epic tale of the abduction of Helen and the decade-long Trojan War, has fascinated mankind for millennia. Even today, the war inspires countless articles and books, extensive archaeological excavations, movies, television documentaries, even souvenirs and collectibles. But while the ancients themselves believed that the Trojan War took place, scholars of the modern era have sometimes derided it as a piece of fiction.
Combining archaeological data and textual analysis of ancient documents, this Very Short Introduction considers whether or not the war actually took place and whether archaeologists have really discovered the site of ancient Troy. To answer these questions, archaeologist and ancient historian Eric H. Cline examines various written sources, including the works of Homer, the Epic Cycle (fragments from other, now-lost Greek epics), classical plays, and Virgil's Aeneid. Throughout, the author tests the literary claims against the best modern archaeological evidence, showing for instance that Homer, who lived in the Iron Age, for the most part depicted Bronze Age warfare with accuracy. Cline also tells the engaging story of the archaeologists--Heinrich Schliemann and his successors Wilhelm Dorpfeld, Carl Blegen, and Manfred Korfmann--who found the long-vanished site of Troy through excavations at Hisarlik, Turkey.
Drawing on evidence found at Hisarlik and elsewhere, Cline concludes that a war or wars in the vicinity of Troy probably did take place during the Late Bronze Age, forming the nucleus of a story that was handed down orally for centuries until put into final form by Homer. But Cline suggests that, even allowing that a Trojan War took place, it probably was not fought because of Helen's abduction, though such an incident may have provided the justification for a war actually fought for more compelling economic and political motives.
About the Series:
Oxford's Very Short Introductions series offers concise and original introductions to a wide range of subjects--from Islam to Sociology, Politics to Classics, Literary Theory to History, and Archaeology to the Bible. Not simply a textbook of definitions, each volume in this series provides trenchant and provocative--yet always balanced and complete--discussions of the central issues in a given discipline or field. Every Very Short Introduction gives a readable evolution of the subject in question, demonstrating how the subject has developed and how it has influenced society. Eventually, the series will encompass every major academic discipline, offering all students an accessible and abundant reference library. Whatever the area of study that one deems important or appealing, whatever the topic that fascinates the general reader, the Very Short Introductions series has a handy and affordable guide that will likely prove indispensable.