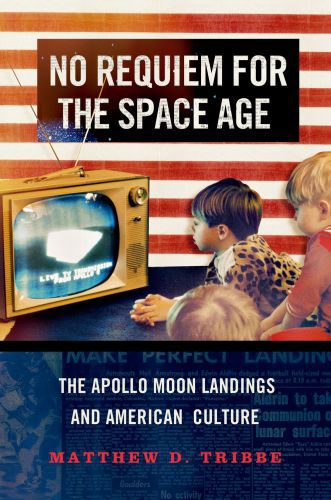 No Requiem for the Space Age: The Apollo Moon Landings and American Cu

During the summer of 1969-the summer Americans first walked on the moon-musician and poet Patti Smith recalled strolling down the Coney Island Boardwalk to a refreshment stand, where "pictures of Jesus, President Kennedy, and the astronauts were taped to the wall behind the register." Such was the zeitgeist in the year of the moon. Yet this holy trinity of 1960s America would quickly fall apart. Although Jesus and John F. Kennedy remained iconic, by the time the Apollo Program came to a premature end just three years later few Americans mourned its passing.

Why did support for the space program decrease so sharply by the early 1970s? Rooted in profound scientific and technological leaps, rational technocratic management, and an ambitious view of the universe as a realm susceptible to human mastery, the Apollo moon landings were the grandest manifestation of postwar American progress and seemed to prove that the United States could accomplish anything to which it committed its energies and resources. To the great dismay of its many proponents, however, NASA found the ground shifting beneath its feet as a fierce wave of anti-rationalism arose throughout American society, fostering a cultural environment in which growing numbers of Americans began to contest rather than embrace the rationalist values and vision of progress that Apollo embodied.
Shifting the conversation of Apollo from its Cold War origins to larger trends in American culture and society, and probing an eclectic mix of voices from the era, including intellectuals, religious leaders, rock musicians, politicians, and a variety of everyday Americans, Matthew Tribbe paints an electrifying portrait of a nation in the midst of questioning the very values that had guided it through the postwar years as it began to develop new conceptions of progress that had little to do with blasting ever more men to the moon. No Requiem for the Space Age offers a narrative of the 1960s and 1970s unlike any told before, with the story of Apollo as the story of America itself in a time of dramatic cultural change.