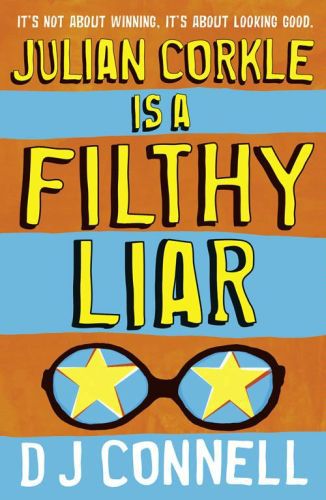 Julian Corkle is a Filthy Liar

The funniest debut novel since Tom Sharpe's Riotous Assembly, only it's set in Tasmania!Julian Corkle's got small-screenability. His mother tells him he'll be a star one day. 'Twinkle, twinkle,' she says, giving his hair a ruffle.Not everyone shares Julian's dreams of stardom. Television is too much like hairdressing for his father's tastes. A Tasmanian man wants a son for sporting purposes. 'Boys don't like dolls,' he tells Julian, 'They like Dinky Toys.' Not this boy, thinks Julian, who knows better than to tell the truth.Besides, the family already has a sporting hero, Julian's sister Carmel aka 'The Locomotive'. Julian likes his sister, but knows better than to tangle with her bowling arm. It's the same one she uses for punching.Julian Corkle is a Filthy Liar is the ultimate feel-good novel, a book that will have the reader laughing out loud on the back of a bus as it follows Julian's bumpy journey through adolescence, fibbing his way through school and a series of dead-end jobs, to find his ultimate calling as creator of 'The Hog'. It's as if Crocodile Dundee has crashed Muriel's wedding and run off into the desert with Priscilla.